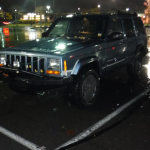 My first car like many of you was a small compact car and if you lived in the era of fast and furious part 1 and the video game needed for speed underground you probably modified your car. For me it was a 1997 White Plymouth Neon, I couldn’t afford the Jeep Cherokee at the time. But I learned all of my DIY car Audio and electrical repair from this car. I loved that damn car and did so many amateur’s upgrades, until I rear ended a Ford Aerostar on 8 mile and totaled it.

The Chrysler/Dodge/Plymouth Neon is a front-engine, front-wheel drive compact that was introduced in January 1994 for model year 1995 by Chrysler Dodge and Plymouth divisions in two- and four-door body styles over two generations.

Marketed in Europe, Mexico, Canada, Japan, Egypt, Australia, and South America as a Chrysler, the Neon was offered in multiple versions and configurations over its production life, which ended after the 2005 model year.

Neons had unconventional option availability, including the lack of power windows in the rear doors. Certain color base-model Neons, including red and black, had bumper covers molded in color rather than painted. These covers, while textured and not as glossy as paint, absorbed scuffs and scrapes with less visible damage. The mid-level Highline models in 1995 and 1996 used wheel covers with a bubble design. Initially, Neons were available in many bold colors including Nitro yellow-green, Lapis Blue, Aqua, and Magenta. Paint color choices became more subdued by the 1998-1999 model years, as the majority of buyers opted for more conventional tones.

The Great American Icon That Nobody Believed…..

Is My Jeep Cherokee XJ Dying if There’s Random Steam???

Audio Upgrades in my XJ